By David Ferguson17 March 2020No Comments

ONE of the most surprising facts uncovered in 25 years of interviewing some of the world’s leading sports men, women and children came from a New Zealander.

A casual remark to the question of ‘what else do you do?’ 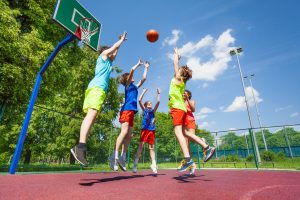 “Well, I was my region’s tennis champion, won the swimming champ and won some athletics titles, as a teenager – and I play a bit of guitar,” he said. As a teenager? When did he have the time, I wondered, being a leading international rugby player who I had assumed devoted his teenage years to the oval ball.

But over many interviews this became a common mantra – many of the best athletes in the world had tried various sports as youngsters. Being aware of how leading Scottish rugby players, from Peter Brown, Jim Renwick and Andy Irvine to Gregor Townsend ad Finn Russell played different sports as kids, I have always been intrigued as to whether there is a direct link from variety of sport to success in one. New research – in New Zealand, unsurprisingly – suggests there is.

Ken Lynch is the High Performance Athlete Development Manager at High Performance Sport NZ, and he wrote this article on research by High Performance Sport New Zealand (HPSNZ) and National Sport Organisations over the past seven years. It has so far involved more than 600 athletes from 22 sports and the big stat? The leading athletes do not stick to one sport until they are on average, 15 years and 5 months old. They actually try more than five sports in primary school and three at secondary school.

Ken also disputes the idea that coaches can ‘spot’ future potential in children under 14 years of age – a point when many coaches insist players must focus on one sport.

Why was I surprised by this nugget? Probably because I enjoyed sport in a Scottish system where several coaches warned of ‘consequences’ if I didn’t drop other sports and focus on their one. I didn’t become an internationalist, so clearly there was a consequence. But neither did I suffer burnout and I have fantastic, rich memories of taking part in a wide variety of sports from shinty to golf, basketball to hockey, and fun, enjoyment and friendships from across the country and world as a result. And I still play regularly.