By David Ferguson27 February 2020No Comments

WALKING sport has become one of the most popular new additions to the sporting world for Scotland’s ageing population, and rugby has joined the party.

Walking touch rugby is following in football and netball’s steps in bringing together people aged over 50 and many clubs are seeking to use the sporting activity and social gathering as a route to helping people cope with mental health challenges. Fun and tactics were to the fore at the session here where Age Scotland CEO Brian Sloan shows a neat turn of ‘walk’ to score a fine try.

John Evans, the interim CEO of Edinburgh-based charity Visualise and supporter of EROS – Edinburgh Rugby Oldies Society – believes walking touch rugby is opening up a range of opportunities, not least in helping people suffering with dementia.

“Much has been written about how some sports can contribute to the onset of dementia,’ he said, “but research shows that dementia can be slowed down by being physically active, and doing regular physical activity is one of the best ways to reduce the risk of dementia. And we know that rugby is more than a sport with its focus on values in the world. Therefore, it is ideally placed to be at the heart of the battle to slow down the onset of dementia.

“We want to stimulate thinking around how we can further develop how we can use rugby to support people living with dementia. We now have several Walking Touch groups across Edinburgh and they offer great ways of encouraging individuals to be physically active. But they also simply provide an opportunity for people who have lost contact with their old clubs, teammates and friends, and people who like the game who have moved into a new area, to come back together and look at various forms of support.” 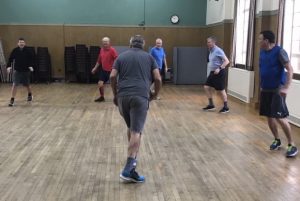 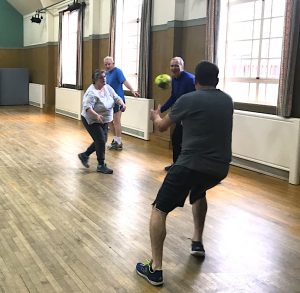 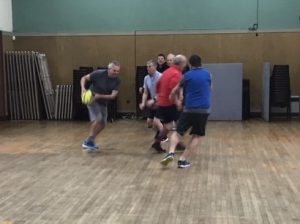