By David Ferguson21 July 2021No Comments

OSS SUPPORTERS were treated to an entertaining night with three of Scotland’s greatest British and Irish Lions in the latest ‘In Conversation’ event, the leaking of the Lions Test XV only enlivening debates.

The Lions legends on Gatland’s selection:

Between them, Jim Telfer, Sir Ian McGeechan and Andy Irvine have taken part in 13 different Lions tours as players, coaches and manager/chairman, going back to 1966, and in a 90-minute Zoom meeting, the trio – all OSS Supporters themselves – discussed their lessons, experiences and funny stories from tours, their thinking behind selection of players and how the Lions impact on rugby more generally.

However, all three had contributed their own XVs for the first Test in South Africa on Saturday (see below), which took on added intrigue when the Lions 1st Test side was leaked as the event began. It is fair to say all three were taken aback by Warren Gatland’s selection, and all reckon the selection of Alun Wyn Jones as captain is a gamble. Telfer picked eight of Gatland’s starting XV, while Irvine and McGeechan agreed with just six.

Irvine said: “I would say that’s very unlike [Warren] Gatland … to me Gregor Townsend has had quite a say in it, with three Scots in the back line, but I would concur with Jim Telfer that it’s a big risk playing Alun Wyn Jones when he’s only just arrived in the country. But this shows how wide open the Test selection is – you could almost pick two sides here and regard them as Test quality. It just goes to show the quality of squad that is on offer and I’m reasonably confident that they will go pretty well.”

McGeechan insisted that if original Welsh skipper Wyn Jones, who was injured prior to the tour departure but rejoined the squad last week, was considered fit enough and ready, then he had to start because of his influence in “the 24 hours before kick-off and the first 30 minutes after kick-off”. He said: “It’s been hard to assess players because the oppositon has not been the strongest, but give credit to the players, you could argue for others to be in but you couldn’t argue for these players not to be in. Personally, I would not have had him involved in this first Test and given him another week’s full-on, tough training tobe part of the second Test, which is always, always the toughest Test match in a series of three.”

Telfer added: “It doesn’t look like a Warren Gatland team I must admit and it just shows how poor selectors we are, because there are vast differences in our selections to his, but he’s the coach and he has to live by what he does. I think the Lions squad nowadays is so strong it has great strength in depth and these players have played well.” 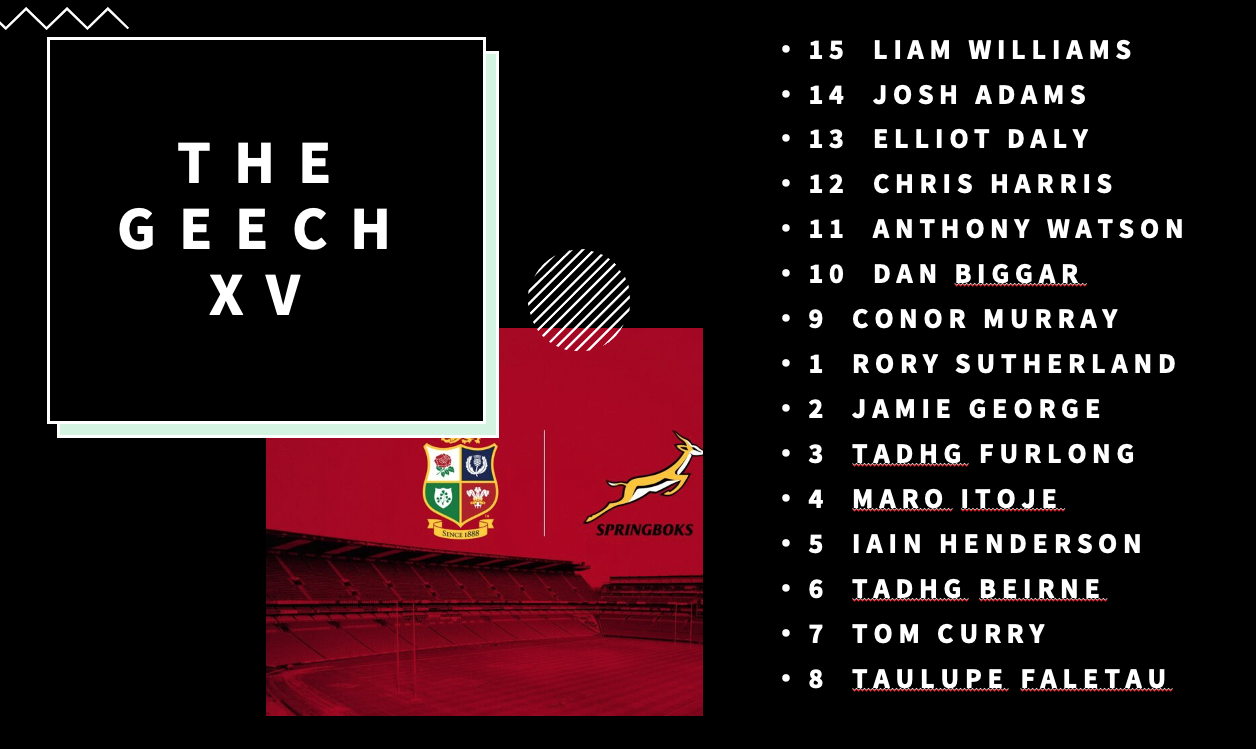 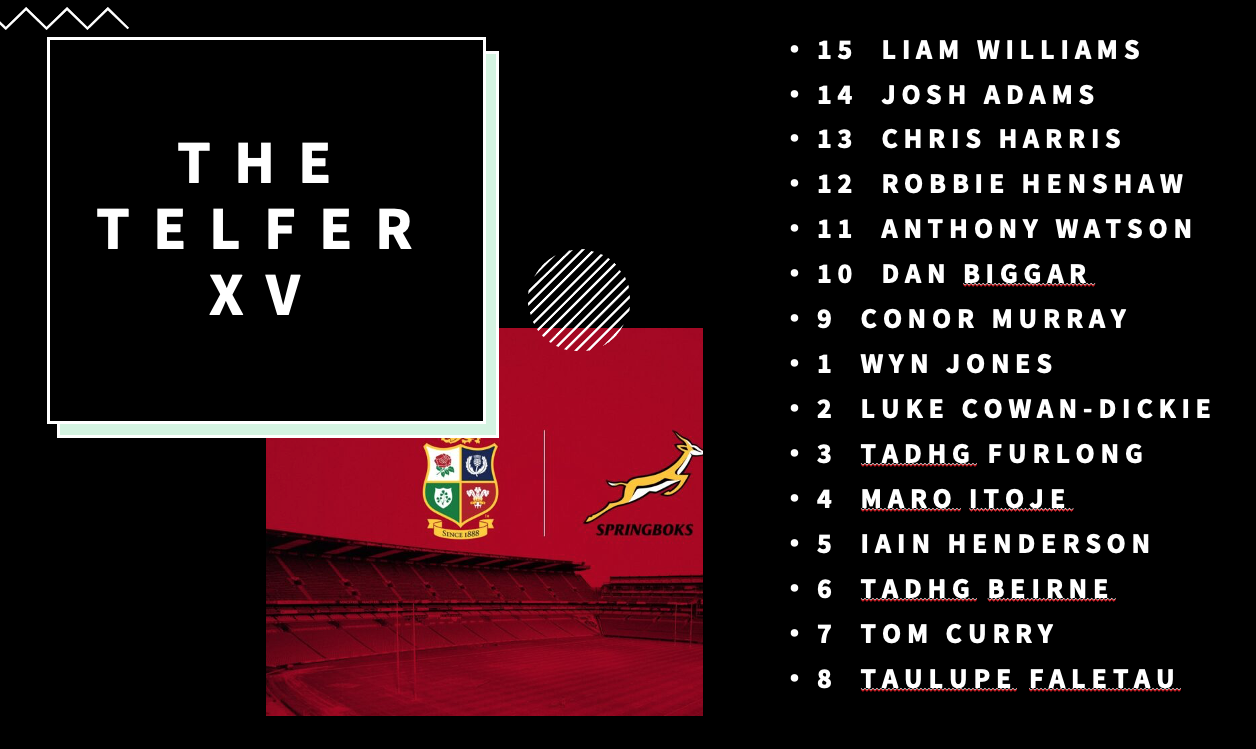 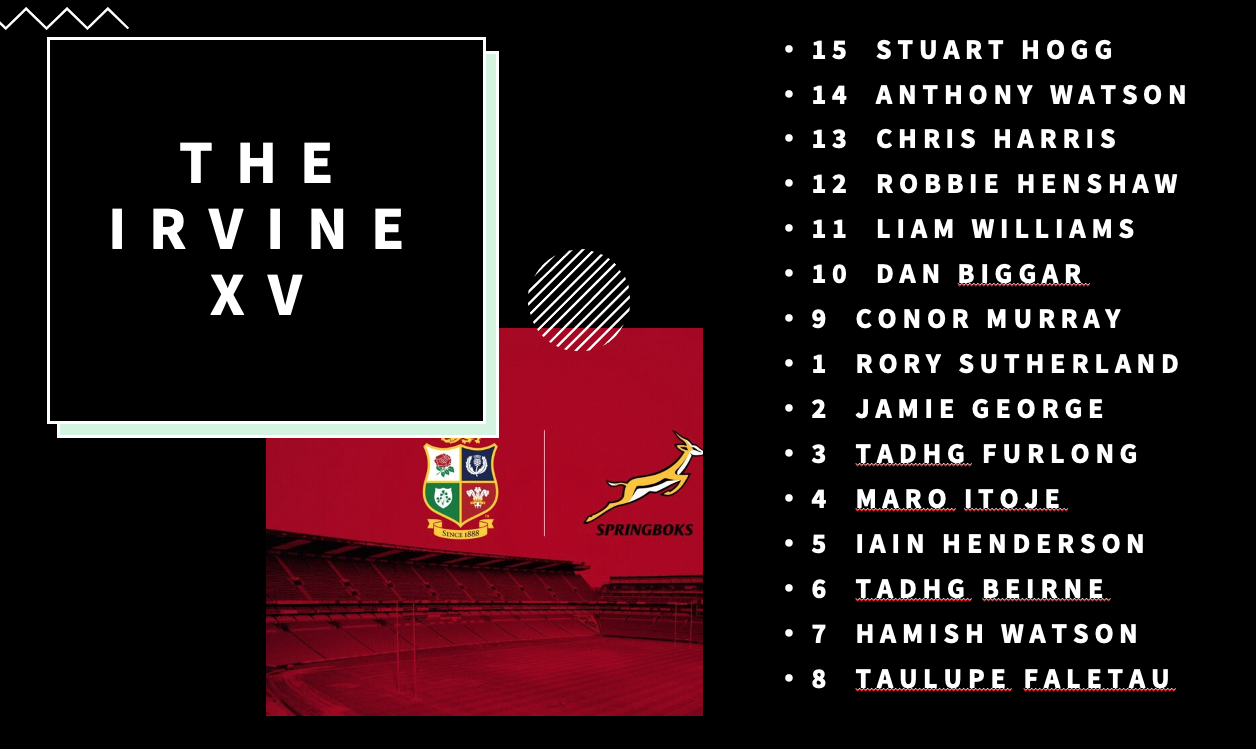 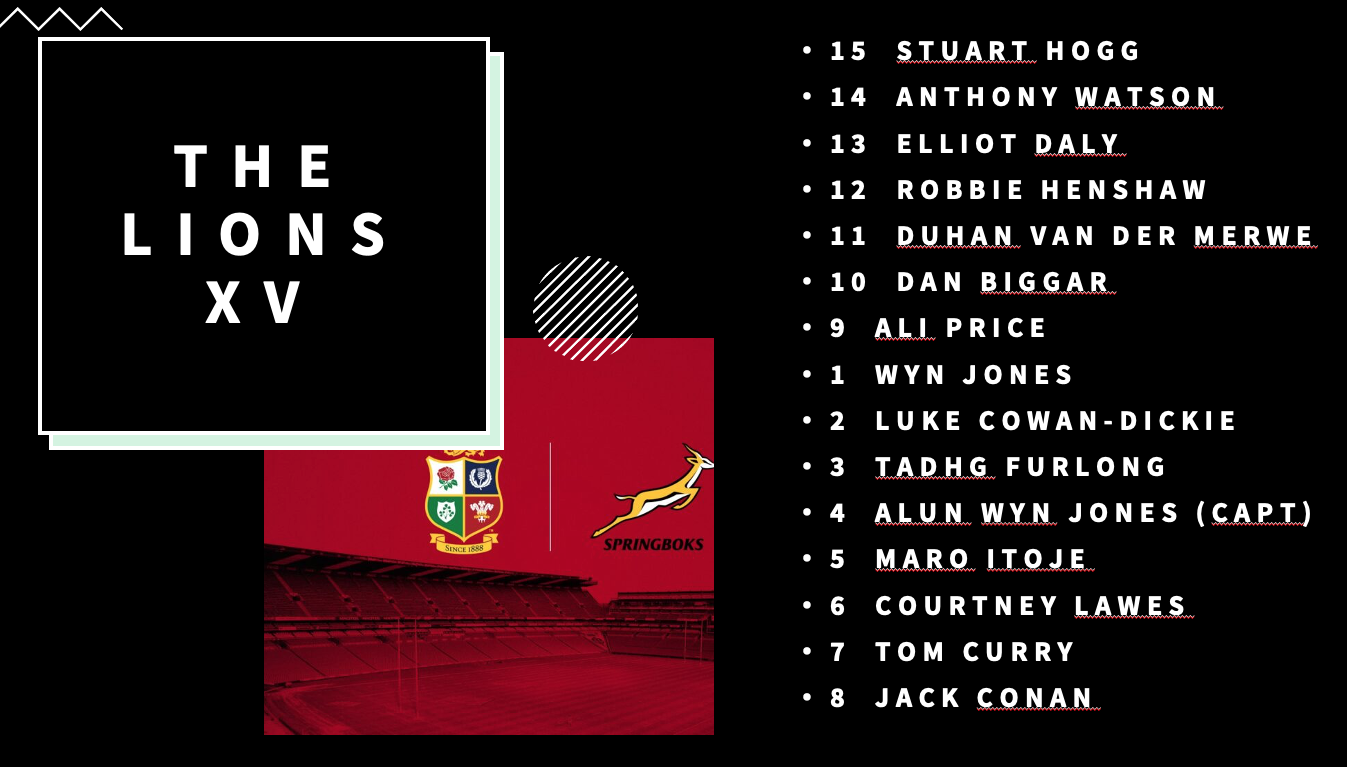