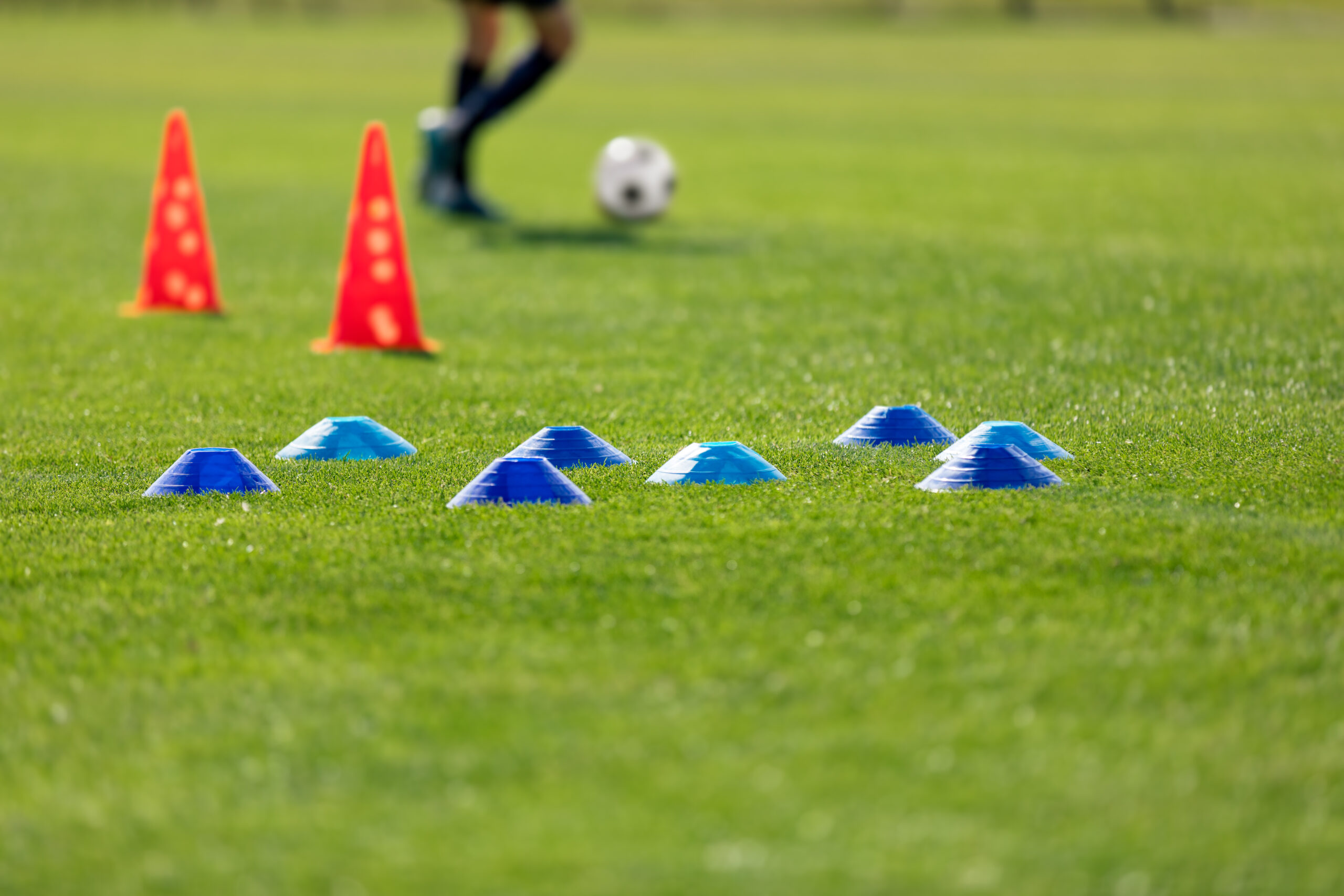 Community sport to be given high priority in new Scottish Government

THE SNP have pledged to put sport at the centre of Scotland’s recovery from the pandemic in the new government and work with councils and community providers to cut red tape that excludes people from local facilities.

The polls suggest the SNP are on track to win next week’s Scottish Elections and, speaking in the ‘Sport and Health Hustings 2021’, organised by the Observatory for Sport in Scotland, Fulton McGregor, the SNP’s Justice, Education and Skills spokesperson, insisted that community sport activity would be given a higher priority in the next five-year term. He also backed the OSS proposal for a ‘National Conversation on Sport’s Role in Society’ as a route to shaping where new investment would be spent.

McGregor stated: “The power of sport is well known in Scotland and across the world and, as MSPs and individuals, we all know of many stories where sport has changed someone’s life, and some really heartening stories. What the pandemic has done in this regard is really emphasise that because while there has been a positive in terms of people using local spaces, walking and cycling, and we need to encourage and increase that, it has also shown us what we have all miss.

“If re-elected we intend to double the Scottish Government’s investment in sport and active living to £100m over the term of the parliament, to help get Scotland more active. We’ll double Sportscotland’s current funding of £33.7m and increase Active Healthy Lives funding by £15.4m, and make Active Schools programmes free for all children by the end of the parliament. It’s crucial to how we tackle childhood obesity and poverty – sport activity needs to be key to that.

“Two policies going down well are access to bikes for all children that can’t afford them and the redevelopment of playparks across Scotland. But on how we spend the rest of that money we need that ‘National Conversation’ because we need to be innovative.”

“For example, I like the SFA suggestion of making football classes free for young people, but I think we could put that out across all sports to make sure we get equity there. We need to be thinking big about how we do this.”

He added: “Yes, there’s an argument that the pandemic should not have led to us thinking differently; I absolutely agree with that. However, we have had a pandemic and there is an opportunity here now to make sure that sport and physical activity is at the centre of our recovery. If elected, I look forward to being involved in that ‘National Conversation’ as a passionate and supportive advocate of it.”

The hustings attracted over 100 people from national and local government, SportScotland, Paths for All, governing bodies, leisure trusts, universities, schools and community clubs, and leading business directors. McGregor was joined on the panel by Brian Whittle of the Scottish Conservatives, Alison Johnstone of the Scottish Greens, the Scottish Liberal Democrats’ Alex Cole-Hamilton and Chris Costello, a Scottish Labour candidate for Central Scotland.

Whittle, the former Olympic athlete and long-time community coach, said: “Sport is not prioritised in the Scottish Parliament nearly enough, but one thing that Covid has highlighted beyond question is the impact that health has on the economy. Scotland is the unhealthiest nation in Europe unfortunately, and the unhealthiest small country in the world – and ill-health is a significant drag on our economy.

“I’ve always said that education is a solution to health and welfare … but too often, we have fantastic local facilities closed at 4 o’clock and inaccessible, and that is one of the key asks that I’ve put forward to our own party.

“How do we open up the school estate … for too long community assets have been ripped out of our communities? We need to give kids the opportunity to participate where they are. Stop waiting for kids to come to sport, and let’s take sport to them.”

Alison Johnstone commented: “Making people feel that they are valued participants is key and the benefits for social cohesion are amazing when we realise that we have a loneliness epidemic sweeping this country. Sport has a real part to play there, whether you’re participating, coaching or spectating. There is something in sport for everyone I believe, but what we need to do at our youngest age is make sure young people have the widest sort of range of sports possible.”

The Greens MSP backed the OSS Manifesto calls for a ‘National Conversation’ and national strategy for sport that encompassed young children to older people, and urged the new Scottish Government Health and Sport Secretary to lead that.

“Here we’re having a discussion about sport poverty, who takes part and who doesn’t, and so much of that is tied to background. Look at all the talent that we’re losing, and look at all the opportunities we’re missing to give young people a solid basis and develop a lifelong habit, by not getting them involved in something that they might love.”

Alex Cole-Hamilton questioned the government’s funding of major events and asked where a promised legacy had gone.

“If you go back to 2014 with the Commonwealth Games, that was meant to offer Scotland a legacy of community empowerment and community engagement in sport that just has never materialised” he said. “Why? Because actually we don’t have the meaningful relationships we need with people who know how to teach sport, how to engage people in community sport and lead them.”

He also turned the spotlight on the benefits to mental health of regular sport activity, as well as poverty and inequalities – now the main barrier to sport activity in Scotland.

“The barriers to sport are not just about health and inequalities, but other aspects of mental ill-health as well. So, we need to address the fundamental health inequalities, which comes down to poverty, but also a poverty of opportunity to actually engage in a meaningful way with somebody that’s going to teach you and encourage you along the way.

“That’s not about capital investment, or about giving a bike to every child. I think it’s about investing in staffing resource, workforce planning and training youth workers again. It’s all very well giving somebody the tools to get themselves fit, but if you don’t teach them to use them, if you don’t inspire him to keep going or to encourage them to keep going and we’re going to stop. It’ss about the people, not the capital investment.”

Central Scotland election candidate Chris Costello provided the Scottish Labour view, and he echoed the belief that community sport played a key role in helping people and families out of poverty. As a result, he said, nationwide investment in local activity would have a major impact.

“We’ve got to take into consideration the genuine problem that is in Scottish society, which is just now child poverty, and what we need to do is invest in local communities and local councils, and give them the opportunity to have at least one free and open space in every area for sport and recreation.

“We’ve had a number of years where investment in deprived areas has fallen way short of where it has to have been. We have to really focus on the root causes of poverty and inequality, and put young people at the heart of that, and sport has to be considered a key platform for recovering from inequality and poverty.

“Giving everyone equal opportunities and access to sport and facilities is what we have to do in the new parliament. That starts by reversing these awful cuts to our local authorities and services, putting local people at the forefront of our plans and ensuring sport is playing an important role in the recovery from the pandemic, across the country but in our local areas.”

There was some heated debate around the SNP’s track record over their 14 years in power, but Fulton McGregor called on all parties to join the ‘National Conversation’ and for that to be developed on a national but also local level to engage all stakeholders in shaping a more sustainable future, and healthier communities.

“I was born and raised in Coatbridge and it has quite high levels of deprivation so I’m always fighting for more equality and for our children and young people, and we know that getting young people involved in sport can reduce their chances of being involved in more harmful behaviours through life.

“I was involved in social work and criminal justice, and I saw time and again the power of sport. It happens so often it’s well beyond coincidence, so we now need to see it as a real opportunity to tackle these other issues in society. Sport and physical activity should be seen as a first port of call, a medicine, which is why we need to make sport accessible to all, for all sports.

“We have done a lot in government, but I do think that there is more that can be done, and the National Conversation is where we need to be. There is significant funding but there needs to be a conversation about how that is used and we need to get that right. The issues raised by people today are crucial. There is so much red tape about it, between government, councils and various organisations and bodies … that bewilders the public.

“People want to point fingers at the Scottish Government, point fingers at local councils and at others, but if we don’t take the opportunity of coming together and showing real common sense around this now we are missing a real opening here.

“That cohesion needs to be part of the conversation and for the party that makes up the next government, whether that’s my party, others or a combination of parties, in the next parliament we need to break down the barriers and enable everyone in our communities to access these facilities.”

He added: “Could we have done better in terms of sport and has it been prioritised enough, by all political parties, and by that I mean at national and local government levels? I think the answer that we all need to accept is probably ‘no’.

“I think many people involved today agree that sport has perhaps not been given the priority that it should be, by everybody, across the board, and in the new parliament we need to start changing that.”