THE OSS board and staff were saddened by the death of key adviser, inspiration and guiding light, Iain More, after a long and courageous battle with illness.

Iain, a former Scotland and GB swimmer, supported long-time friend Charlie Raeburn in launching the OSS in 2016 and his support, expertise and guidance has been central to its development over the past four years. Passionate about Scotland, its people and the value of sport in enhancing our quality of life, Iain enjoyed a wonderfully rich and varied life in the UK and across the world, and brought his experience and life lessons to the development of the OSS. His tireless work, whilst also supporting prostate cancer charities and maintaining warm friendships, has been fundamental to establishing the foundations of the OSS. Our thoughts are with his wife Pam and the many people across Scotland and around the world who were fortunate to know this uniquely wonderful man. 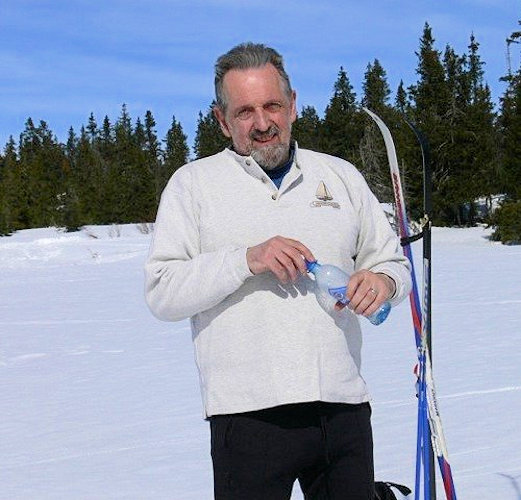 The following tribute to Iain was written by More Partnership, the company founded by Iain in 1989.

Iain was a pioneer, one of the very first fundraisers in UK higher education – joining the University of Edinburgh in 1982 to launch a 400th anniversary appeal – and one of Europe’s first fundraising consultants. He founded Iain More Consultants (now More Partnership) in 1989, following Director of Development roles in the UK and overseas, as well as a varied career in industry and politics in the US and Scotland. The firm’s purpose and values continue to be shaped by his legacy – and his geography. We owe it to Iain that, although More now works on five continents, the firm’s HQ remains in Dundee.

In those early days of development in the UK, Iain was a beacon of knowledge and led the way in introducing philanthropic concepts already tried and tested in the US. Telephone fundraising, for example, was then a novelty in Europe but has since become common practice.

In his long and rewarding career Iain worked with a wide range of educational institutions, charities and other not-for-profit organisations to which he provided advice on all aspects of development work. His client list – from King’s College London to the Theatre Royal Plymouth via Italy, Poland and the USA – grew almost exclusively by personal recommendation and he formed close, long-term relationships with many.

He has been a counsellor and a coach for many young fundraising professionals over the years, including many of us at More Partnership. It’s fitting that the Iain More Award at CASE (Council for Advancement and Support of Education) recognises the outstanding achievements of an emerging development professional each year. His generosity of spirit, open-mindedness and ability to capture the essence of every idea were an inspiration to us all. He was a trusted colleague, imparting experienced counsel with passion, persistence and a drive for excellence. He also took a deep interest in others’ lives and listened intently, telling us just last year: “don’t just give advice, take it.”

A full and rich life

Iain lived a full and rich life. After growing up in Glasgow, he studied at St Andrews and Loughborough Universities, and was an international swimmer for Scotland and Great Britain. Prior to his development career, he spent 11 years in the US, including time working as a staffer for the 1972 McGovern Presidential Campaign, where he first became active in fundraising. He developed a successful mail-drop technique for McGovern that helped create an enduring fundraising base for the Democrats and began to conduct face-to-face major gift fundraising. He also restored a historic building creating a successful bar, restaurant and arts venue, which he owned and operated. On his return to his native Scotland, he stayed in politics, working as research officer and headquarters director for the Scottish National Party, before moving into development – first with the University of Edinburgh, and then with INSEAD in France. In this time, he was one of the small group of university professionals who brought CASE to Europe.

He then founded and grew Iain More Consultants, realising in his words that “with a burgeoning business I needed quickly to recruit high quality consultants and support staff”. He brought in and developed a number of our present-day team, including Adrian Beney, Lesley Duncan, Ian Edwards, Cameron Goodlad, Rachel Hall, Simon Pennington and Rebecca Rendle, and we all of us owe him a great debt. In his words, the “client ethos was probably exemplified with outstanding service, going the extra mile for them, giving them value for money, challenging ourselves to always learn and do better for them.” And those words ring true today. His legacy lives on in the hundreds of causes whose great ambitions we are able to advance.

Iain was also stimulating and fun company. An hour with him could touch on subjects ranging from football to ballet, or from US politics to everyday family life. It would always be a really enjoyable hour.

When Iain was diagnosed with prostate cancer 13 years ago, he never let it affect what he wanted to do. He was working and active to the last, walking and swimming, and supporting the work of his chosen charities, including the Observatory for Sport in Scotland.

In the coming days, we will open a virtual book for people to record their stories of Iain. In the meantime, please email us your memories at info@morepartnership.com.

Ahead of a company meeting in 2016, we tasked colleagues with writing their autobiographies to be shared as an icebreaker. Iain was delighted to hear about this – and to read the stories – and decided to join in the fun. Click here to read, in his own words, the potted biography of his colourful life that Iain wrote for the team at More.