Response to Health & Sport Committee of the Scottish Parliament – February 2017

To the Health and Sport Committee of the Scottish Parliament

Topic: Sport for Everyone

Tomorrow, Tuesday February 21st, the Health and Sport Committee will convene to discuss Sport for Everyone, the progress that has been made since the 2014 Commonwealth Games and the challenges that still lie ahead of us.

The Observatory for Sport in Scotland (www.oss.scot) is pleased with the fact that the Health and Sport Committee has put ‘Sport for Everyone’ on its agenda. There is an overwhelming body of evidence that taking part in sport and being physically active in general, can greatly benefit people’s health and can considerably improve wellbeing and help reduce health costs. In addition, participating in sports can yield tremendous social benefits. Joining sport-clubs and becoming active as a volunteer, can greatly enhances people’s social resources. It gives people chances to develop new skills and draw social support in times of hardship. This is of significant value not only to the Scottish people themselves, but also to the Scottish social policies, health-system and to the economy.

The documents prepared for the meeting provide evidence that the 2014 Commonwealth Games have positively influenced the Scottish sport-infrastructure. Several of the Sport governing bodies have flourished, several clubs have been able to attract new members, public leisure facilities are said to have welcomed more customers, and 99% of the schools now offer at least 2 hours of Physical Education.

And yet, the documents also make clear that if everyone is to benefit from sports, much is still to be desired. As the Scottish Sports Association rightfully points out, cuts in budget of local authorities and schools place a serious threat over the ambition to make sports accessible to everyone. People that are interested in sports are taken back because of a lack of knowledge on sport-opportunities, and because of a shortage of (suitable and affordable) facilities (see the SPICe study). The energy that volunteers bring to clubs appears to get killed in the process by unnecessary bureaucratic requirements. And even though much seems to have been achieved already, and some clubs do report growth in memberships, the outcomes of the Scottish Household Survey point out that growth in sport-participation amongst adults has been limited or absent even these last five years (if we restrain from the inclusion of walking).  Major differences in participation in sports still exist, and Scotland does not as yet harvest the full health and social benefits of sport for everyone.

In its first year’s of existence, the  Observatory for Sport in Scotland (OSS) has learned from its contacts in countries that hold a successful track-record in establishing a sport-for-everyone system, Denmark and the Netherlands, what tremendous efforts it takes to achieve such a goal. The experiences in both countries tell us that we will only achieve sport-for-everyone if all players involved i.e. local authorities, schools, clubs, and any other sport-provider, join forces and develop active policies. For this, it needs to be crystal-clear to everyone what good may come from being active in sport. This message needs to be put forward with much greater strength, as the SSA rightfully points out.

For this message to be believable though, its needs to be documented much better than currently is the case.  If Scotland wants to move ahead in its policy for sport for everyone, there is tremendous need for more evidence based policy-making. If our aim is to convince citizens and stakeholders to invest in sports, it is not acceptable that our data tells us that participation rates are somewhere between 52% and 80%. We need to build research-databases that documents the benefits from sports, whether that be health-wise, social or economic. We lack easy-to-use websites and apps that will guide citizens to the clubs and facilities that are on offer, as there already available in Denmark, the Netherlands and in other countries. There is urgent need to help and support clubs, facility-owners, local authorities and leisure trusts in learning from existing proven best practices, in how to they can reach out to complex  target-groups such as ethnic minorities, low  income groups, elderly and adolescents in secondary education, and those  that live with various disabilities.

The OSS was established in 2016 by a group of Scottish citizens that firmly believe in the potential power of sport and at the same time, are concerned with the progress Scotland makes in using that power to the full. The OSS believes that the main road forward in this is by developing a solid evidence base for sport-policies, as countries that are currently ahead of Scotland, like Denmark and the Netherlands, have already put in place. Our agenda is to learn from those experiences, and share that knowledge through establishing a network of researchers, policy-makers and practitioners.

We believe that while we are committed to working closely together with all stakeholders involved, it is important that such knowledge is collected and debated from an objective viewpoint. As such we gladly offer out support to the Health and Sport Committee’s goal to achieve sport for every Scottish citizen.

On behalf of the  Observatory for Sport in Scotland 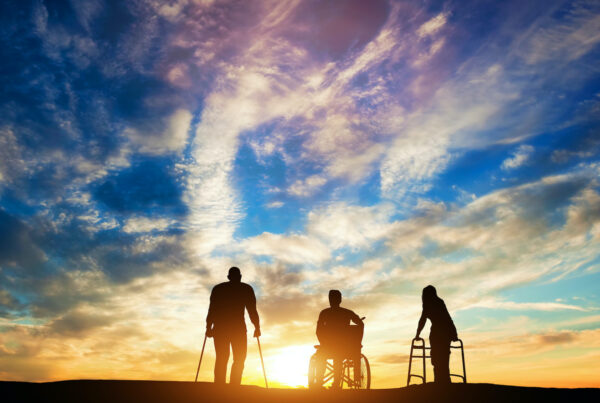