‘Let’s create something unique to Scotland’

By David Ferguson2 July 2020No Comments

CURRENT Scotland coaches Gregor Townsend and Shelley Kerr view community and school sport as central to the nation’s recovery from COVID-19 and the health of Scotland.

Both Kerr and Townsend took on their current roles as Scotland women’s football head coach and Scotland men’s rugby head coach respectively in 2017, and the duo this week joined the Observatory for Sport in Scotland’s latest ‘OSS Supporters Meeting’, via Zoom, to discuss their journeys and challenges with COVID-19.

On the challenges post-COVID-19, the national coaches agreed sports working together was going to be crucial to helping communities recover.

“If we believe health is a priority,” said Townsend, “and the research shows that we need to get more people active in Scotland, then sport is a great vehicle not only for people to get more active but also to enjoy wider health benefits. So let’s set sport as a priority post-COVID for the health and well-being of our country.

“Let’s create something unique to Scotland, where we have real pride in getting people active and connecting more.”

“Potentially, this COVID-19 period will have people re-assessing what life is about, and there is lots of research and evidence out there to show that being physically active and connecting with others helps your mental health, and sport is a great way to achieve that.”

Kerr added: “Most sports, and especially coaches, like to interact with one another and learn best practice, so we need to develop that. The hardest thing post-COVID is going to be resource because everyone is facing challenges, but additional support for communities first and foremost will help us to develop sport, and get that right and it will have a huge knock-on effect to the health and wellbeing of our country.”

The discussion touched on the pair’s playing and coaching careers, Kerr having stepped firmly into the national spotlight when she steered Scotland to a first FIFA Women’s World Cup, in 2019, and Townsend has so far guided Scotland’s rugby team to wins over England, Australia and France. Both also endured the cruel disappointments of World Cup agony within four months of each other last year, when quarter-final spots seemed within grasp.

For Townsend, coping with disappointment as a player may have helped him as a coach, but it doesn’t hurt any less.

“They are almost like separate lives – your career as a player and as a coach,” he said. “As much as I thought about the game as a player, and that I might be able to coach, it’s very different actually being a coach. I picked up a lot from my coaches and became a curious player, wanting to experience different environments, and that will have helped me have an open mind to learning, that has helped me as a coach. But probably the biggest lesson from my transition playing from to coaching is to do with [coping with] adversity. 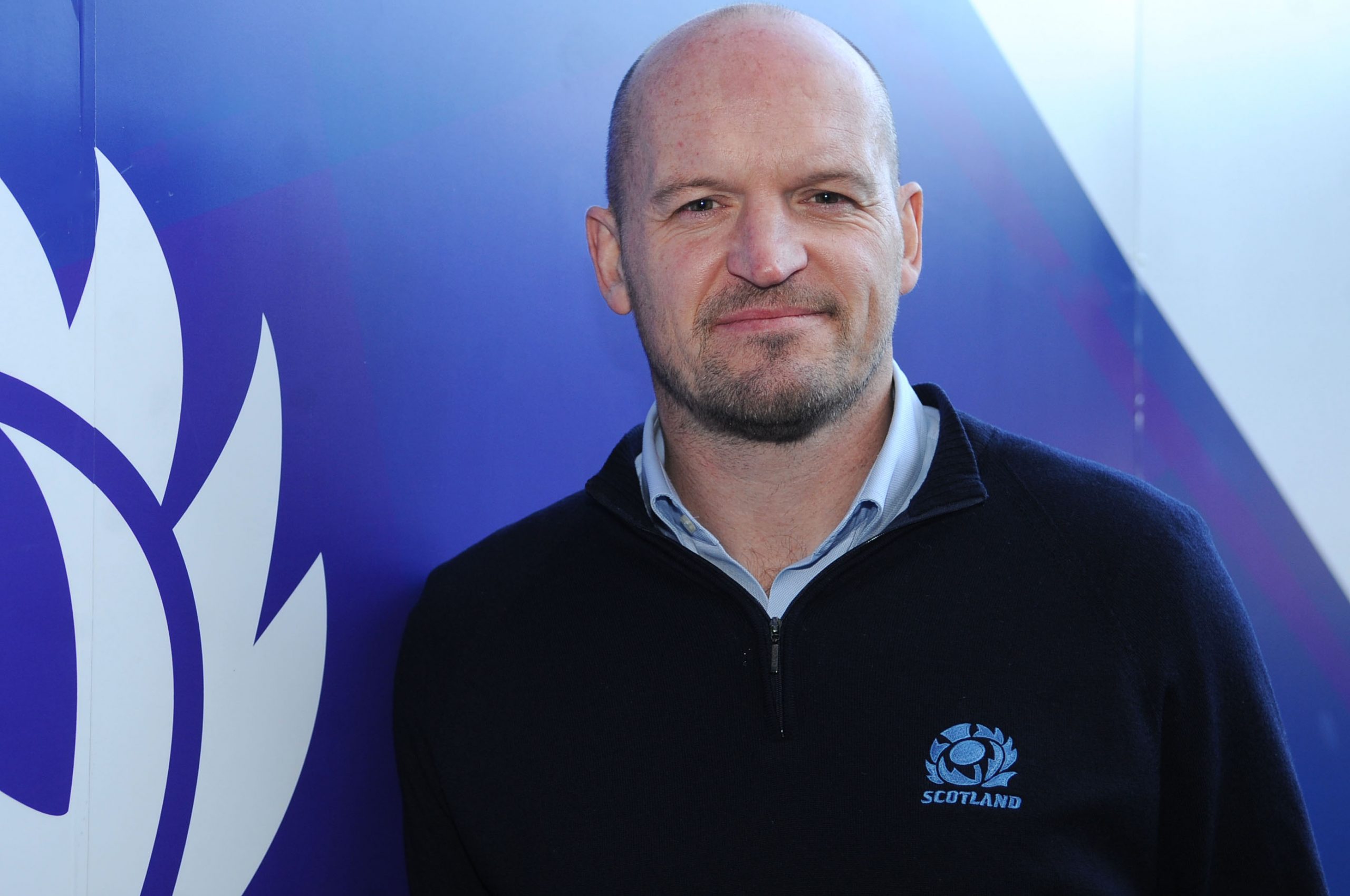 “There were a number of times in my career I went through some low times, whether it was due to performances, games lost, injuries, disappointment in selection… In coaching, you’re never going to win every game, get every training session or selection right, so you have to have the view of ‘what can we learn from that?’

“Even though everything is magnified a huge amount when you’re in charge of the national team, and you feel more responsibility and, yes, it hurts more, you still have to have that mindset of ‘OK, how can I learn from that, and be better as a coach, be better for the team, as a result of that experience?’.

“Coupled with that always is the huge gratitude and privilege you feel being coach of the national team. I never thought I’d coach the national team. So, when you have a disappointment like going out early at the World Cup, or losing a Six Nations game, the fact that you’re coaching at the World Cup or Six Nations keeps you grounded, because you recognise that you are very lucky. It’s a huge privilege to be in this role.”

Capped 59 times for Scotland as a player, Kerr did not envision herself ever coaching her country, but admitted: “I knew from one early age I wanted to be a coach, and so I developed that skill-set over a number of years. 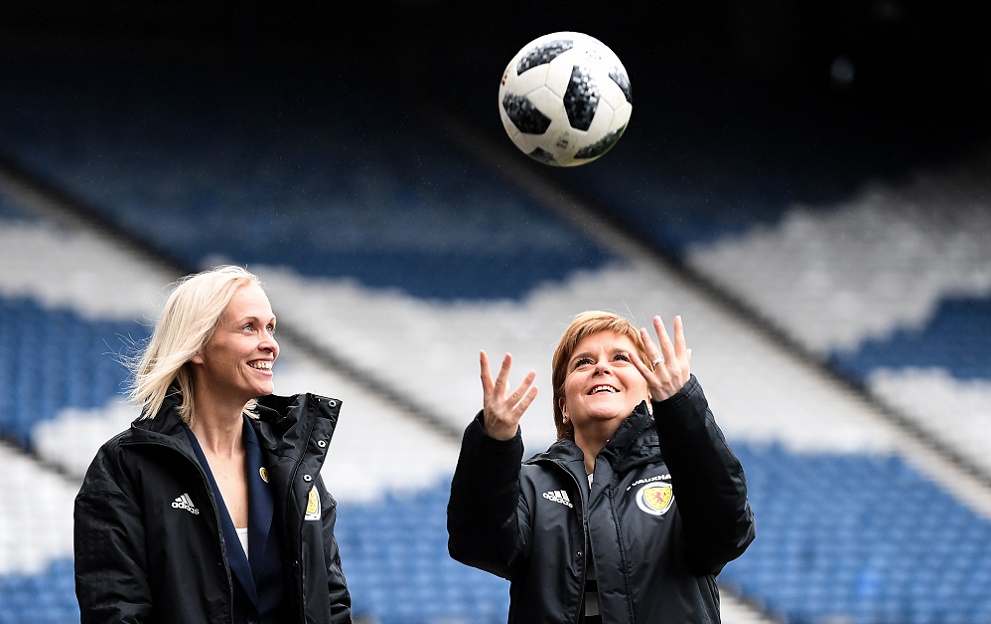 Shelley Kerr and the Scotland women’s team became favourites of First Minister Nicola Sturgeon when they reached the FIFA World Cup Finals in 2019.

“I decided to do the children’s pathway first, did all the levels, and then did the same with youth and then with adults, and the reason I did that was I wanted to get as much experience dealing with as many people as possible, from a three-four year old and how they got introduced to the games and then understand the pathway that engages them in sport right to adult level.

“It’s never smooth and you have to have resilience because you’re the key decision-maker and people won’t always agree with the decisions you make. But it’s a huge privilege to be the head coach of the national side and, while it’s challenging, I genuinely have a passion to make people better and I’ll do everything in my power to do that.”

A key focus for the discussion was how Scotland can reverse the trends of children quitting sport in their teens. Kerr feels it starts in school.

“Schools need more support,” she said. “We have a good ‘Active Schools’ programme, but, in general, we need more PE teachers and more synergy between schools sport, PE and community clubs in all parts of the country, because sport is really important for our children.

“You will find that most if not all top athletes have played different sports, and, for girls especially, it’s about more than playing sports; it’s the team bonding, the dynamics of coming together and being active. We talk about increasing participation but we also need to increase the number of coaches.”

Townsend added: “I agree with Shelley that creating the right environment is key. Most of that comes down to people, creating experiences that we want to go back and enjoy.  Sometimes all you need is an enthusiastic coach who gives you attention and makes that hour or two enjoyable and makes you a better player, because they care about you.

“Sport teaches so many good characteristics that will help you in life and equip you for the future, so, how do we create those better environments? It’s about people, yes, but facilities are important too because it’s harder to make the experience good if you’re cold, wet and covered in mud week in, week out.”