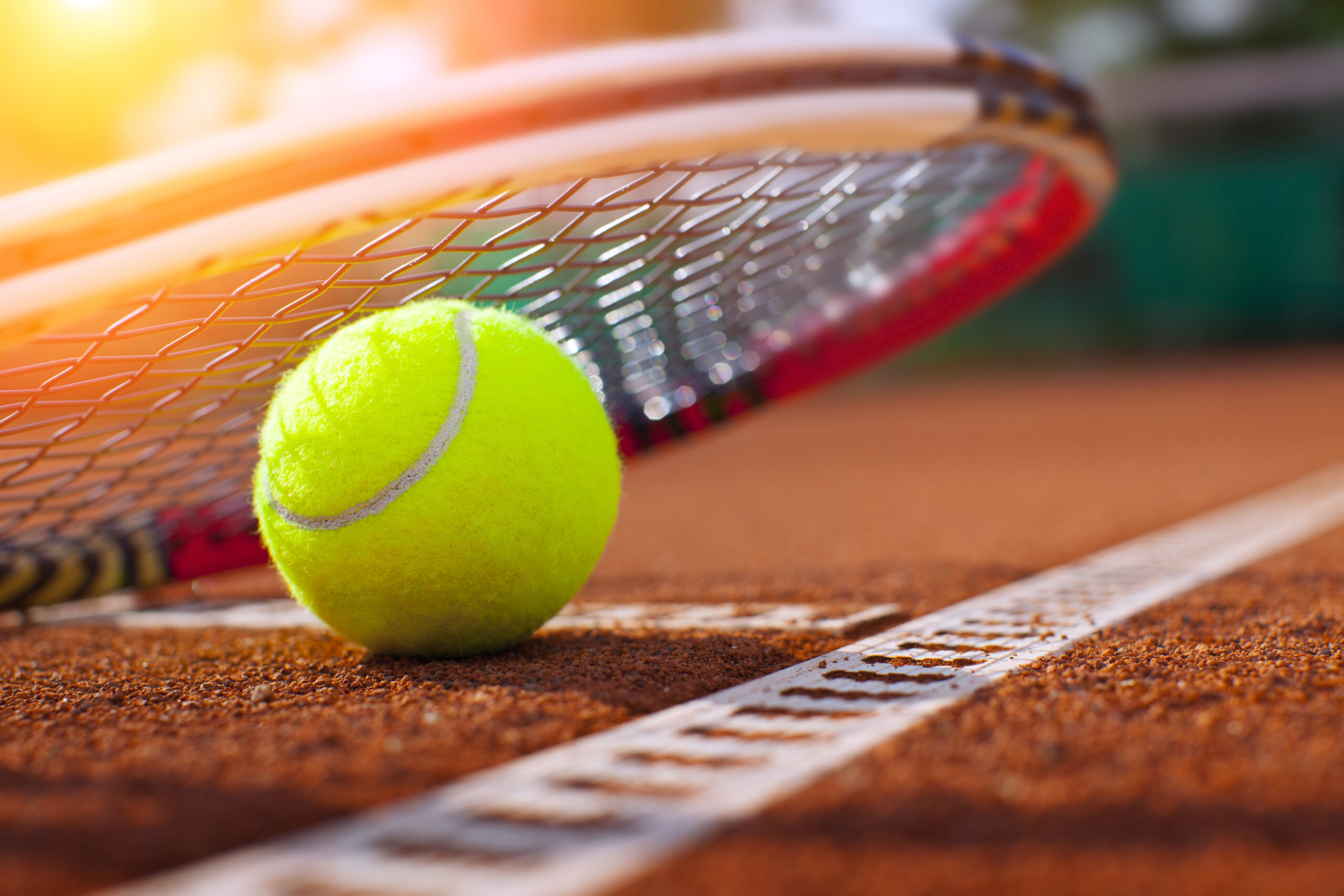 The Lawn Tennis Association (LTA) and Tennis Scotland have so far failed to create a legacy in Scotland relating to the success of the Murray brothers. Doubling membership numbers from thirty to sixty thousand during a time of decline amongst many other sports is a big success. However, the failure over the last 15 years to develop an infrastructure, make facilities accessible and affordable, and develop coaches for the future are stagnating the development within the sport. Ambitious plans have been put in place by current Tennis Scotland CEO Blane Dodds to change the landscape of Scottish Tennis with exciting opportunities during a time of increasing participation and membership.

This was the conclusion of research I produced in 2020 which investigated how the Lawn Tennis Association and Tennis Scotland was using the success of recent players to encourage the development of tennis in the future. The research was conducted for a fourth year dissertation in Sport and Recreation Management at the University of Edinburgh. The timeline looked at was between the start of their careers in 2005 to the beginning of 2020. Qualitative research, featuring interviews with six participants who are heavily involved with tennis in Scotland, helped to establish the current situation.

At Christmas 2016, Scottish tennis was at its peak. Three players held the prestigious prize of world number one – Andy Murray, in singles, joined by his brother Jamie, in doubles, and fellow Scot in wheelchair tennis, Gordon Reid. The purpose of this research was not only to establish the current situation of the legacy in Scotland but to also look at the opportunities and developments that could benefit Scottish tennis in the future.

Within sporting legacies much of the responsibility was found to lie with the governing body. The communication between all parties involved was identified to be of concern, with many calling for more leadership and responsibility to increase cohesion. From the research it was clear that funding was a major factor in the lack of development over the past 10 years. In the past, Tennis Scotland received 1% of the turnover of the LTA annually which can partly explain the issues around infrastructure, resources and facilities.

The Murray family have been extremely vocal on the subject, with Judy Murray previously saying pre the £12 million funding announcement “we had nothing here and we still have nothing here” in relation to tennis facilities in Scotland. More recently in January of this year she was quoted saying, “I wish that Scottish tennis was a whole lot further on. It feels like it has gone backwards in terms of young players”. Judy highlighted that systems and structures don’t make things happen and there is a real need for committed people to work together to make a difference. The issue has created wider interest, with one parliamentary debate going as far as to say that sporting infrastructure was fundamental in presenting possibilities to young people to maximise their potential.

Although new indoor centres may seem the best option, covering existing courts that have the capacity to do so is considered more advantageous in effectively utilising resources in Scotland. Currently too many districts are lacking indoor courts, meaning that hours are spent by players travelling to the nearest facility with the cost of doing so extremely high. Indoor facilities are crucial given the climate in Scotland, yet there have been very few indoor courts built or existing courts covered in the past ten years. As of 2016 there were 112 covered or indoor courts in Scotland with the hope of extending that number to 225. However, in 2018 the Transforming Scottish Indoor Fund guidelines were released that pledged £15 million to build more indoor facilities in Scotland. Since its release, not one indoor court has been built under the scheme. Players in areas such as the Borders have no local facilities so face journeys of more than an hour to the nearest indoor facility.

After the completion of this research, there was some movement with the announcement on the 24th of February 2020 that Tennis Scotland would be granted £12 million from the LTA to grow the sport. The hope is that 10 new regional indoor centres will be built across Scotland providing access for clubs, schools and the general public. Blane Dodds highlighted the North of Scotland along with the South as possible locations for indoor facilities with plans coming along for between 1 and 3 of them to be started this year.

How much that changes the infrastructure problems remains to be seen. However, improvements can already be seen in different ways: recruitment to increase the workforce, new sponsors, a successful introduction of the new GB performance academy in Stirling with world class coaches, growing participation and plans to increase competition.

The biggest problem uncovered in the research, mentioned by every interviewee, was the lack of accessible facilities for all.

In addition to indoor courts, accessibility and affordability are equally important to open the sport up to everyone. One interviewee highlighted this by stating: “We need to get into local communities; we need to get into deprivation to make sure tennis is fitting a wider agenda and we’re not marginalising ourselves. That’s where the biggest legacy and the biggest result will come from.” One way of doing so is to increase the number of accessible courts in the community with many ‘park courts’ being left derelict for a number of years. It is thought that around 45% of park courts in the Scotland, England and Wales are considered to be in poor, very poor or unplayable condition. In addition, 50% of these courts are in the most socially deprived areas of the country. The government has declared £22 million in funding with the LTA adding £8.5 million to refurbish around 4,500 courts.

To capture the interest and participation in local communities, one recommendation of the research project was to focus on creating different levels of competition for all ages to ensure that more can be regularly involved in tennis. Currently, the focus is primarily on providing competition for the top minority of players – the elite. Getting people competing at various levels and age groups opens up so many more opportunities via teams or individual competition, and with many more participants, this could create a genuine world-class system in Scotland. A ‘Murray circuit tour’ in Scotland, for example, could attract huge interest and provide a massive boost in driving competition among all ages and abilities. Tennis Scotland has ambitions to create more world class events in Scotland like the Murray Trophy whilst also providing a growing domestic calendar to increase the number of people competing and have plans in place to introduce this.

Developing coaches for the future was a concern shared by many within the research. The use of experienced coaches in development is crucial as this is where the knowledge and experience lies. Consultation between coaches to share ideas or good practise, organised regularly by Tennis Scotland would help develop a standard curriculum which is open to adaption for future players. Blane Dodds highlighted that they are delivering around a thousand coaching qualifications every four years which shows hugely positive numbers and that there are coaches to cope with the increasing demand. Many would argue with this and the quality of the courses provided and have expressed concern over the lack of communication between Tennis Scotland and the various districts. The result of this is a lack of transparency in what is being done which can be seen in the contrast of opinions regarding the development of coaches.

Involving the Murray family adds increased visibility and could provide a significant impact in producing a legacy. Andy and Jamie are now coming to the end of their careers and, with their mother Judy, are eager to support Scottish tennis. Judy has been involved with tennis in Scotland as a player and coach for over 40 years and the knowledge and expertise she has is invaluable to increasing the standard of coaching. This is especially so at a younger age when children play many different sports, the coaching is crucial in creating a fun and enjoyable atmosphere. She launched the Judy Murray Foundation independently in 2017 to channel her passion for taking tennis into all parts of the country, notably deprived areas, and putting fun rather than an elite development focus at the heart of coaching. Her work impacts on children, parents and communities but also existing and new coaches, which underlines her value to a potential Murray legacy.

Covid-19 is a new barrier to a tennis legacy as indoor facilities will be hit hard with the LTA CEO Scott Lloyd calling, in October of this year, for leisure centres across Scotland to be given significant financial help to avoid closures. However, tennis has benefited from being given the green light to resume by the government earlier than most sports. A WTA report published in February 2020 has proven that tennis has the ability to provide a platform to improve health and fitness. Public courts in some areas such as Edinburgh have become free to use during Covid-19 due to the increased demand. Sport and particularly an outdoor non-contact sport like tennis can provide a safe place for people to not only play but to socialise and look after their physical and mental wellbeing.

The main aim of the research was to assess the legacy created in Scottish tennis as a result of the Murray brothers’ success and it revealed that the legacy has been slow to develop to the point of being insignificant in the past ten years. In order to expand the opportunities for tennis in Scotland it is clear that funding, facilities, coaching and competition are vital in increasing the chances of long-term participation. Tennis Scotland are clearly doing something right with the resources they have available due to the increase in memberships but there are rigorous changes required to take full advantage of the Murray brothers’ success. The ambitious plans and strategy of Tennis Scotland provides an optimistic future for tennis in Scotland to build a world class system to continue to grow and develop the sport but it remains to be seen if these plans come to fruition.